Provided by the Cincinnati Green Education Advocacy and Lohre and Associates, Inc.

The State of Sustainability in Cincinnati

Draft Presentation to General Electric's Offices at the Banks in Cincinnati April 19, 2018

Sustainability in Cincinnati has come a long way since 2002 when they received the results of an urban renewal report: 1. Establish a bridge fund to renovate OTR buildings for families, 2. Renovate Washington Park, and 3. Build a streetcar.

16 years later we are reaping the benefits of the implementation of those suggestions.

Thanks to the Fortune 500 companies in downtown Cincinnati for contributing to the "Bank" that would lend money to those that wanted to rebuild in OTR but couldn't get a loan. Traditional banks could find no comparables so no loan. Even in 2014 one homeowner at the corner of 14th and Elm Streets went to 46 banks seeking a loan to renovate a 1800s building into three units. It got LEED Platinum in 2017.

Sadly in 2011, I witnessed a police car run over and kill a homeless person that lived in Washington Park. I saw it from my second floor window looking south over the park from 14th Street. The park was a wonderful place for the homeless although it also it had the highest crime rate in the city. Since the homeless shelter moved to Central Parkway and all the other improvements, the park really has become a center piece for the neighborhood and a magnet for dogs, kids and moms.

You would think that they paved the streetcar route with gold based on all the development at every building. I have never seen such growth. Others might poo, poo the cost but the streetcar saved one of the most incredible architectural treasures in the world. The city of Cincinnati was built in 1850s as a walkable neighborhood with cisterns under the sidewalks and ideal three brick thick thermal masses.

The start of the sustainable growth in Cincinnati really took off with the administrations of Roxanne Qualls and Mark Mallory. They re-established the office of Environmental Quality and the tax abatement for building LEED in the city.

At the same time the new USGBC Chapter joined with Ginny Fraizer to make the new Cincinnati Schools LEED. Ginny has a severe allergy to chemicals and could;t work in the first new schools. Contrary to popular belief "New Car Smell" is carsenigenic as well as stinky carpet. All the school building taught the local architects and contractors how to build LEED. But besides the new "Net Zero" Police Station on the west side, designed by Emersion Design, there are few other advancements in commercial sustainable construction. One big exception is the Cincinnati Zoo's Living Building Challenge African painted Dog House. We are very fortunate to have such an example of the future right here in the mid-west. You would have to go to Seattle, Pittsburg or Napa Valley to see another. Living Building Challenge buildings don't have a foot print. It's like they are a spaceship that landed on another planet, improving the environment. No combustion, no waste, no water use, no nothing.

My 800 square foot LEED Platinum office on 14th St. is an example of doing sustainability on a shoe string. Total cost was $9500: $3000 for USGBC fees, $3000 for materials and $3500 for a fun but unnecessary settle stove to demonstrate a renewable energy source. In contract to the Living Building Challenge, the USGBC considers pellets made from sawdust or agricultural waste renewable.

And that brings me to what I want to have you take away from this presenation. It's not expensive to be sustainable. In fact, it always saves money and is more healthy. The city's leading clearing house for sustainability is the Green Umbrella. Started in 2004 by Brewster Rhoades, it now has over 200 member organizations and hundreds of individuals that get together every first Thursday at a local watering hole. I encourage you to join one of their Action Teams: Energy, Water, Waste, Outdoor Spaces, Food, Transportation and the Built Environment. Their success is based on "Measurable Environmental Improvement" just like LEED. It a language that just about everyone can agree on and foundations can contribute to.

And sustainability can pay you in the city of Cincinnati. For a $500,000 home the tax abatement offered will garner you about $40,000. That's more than enough to cover the LEED fees and minor upgrades required. Plus you'll get a third party inspected home that proves it's built to premium standards. The local chapter o the USGBC has a very successful series of Green Home tours every year since 2014. There you will learn from the homeowners how they did it and how they love it all the way to the bank.

One of the largest Action Teams of the Green Umbrella is the Food Team. Partnering with the Civic Garden Center which has over 50 neighborhood gardens, and local farmer markets; there are hundreds of volunteers and grass root organizations working to eliminate "Food Deserts;' and "Food Waste." The theme of the Greater Cincinnati Earth Day April 21, 2018, at Summit Park in Blue Ash will have four presentations on Food Waste, what it means and what you can do about it. The next day in Washington Park, another Earth Day event will allow you to recycle many hard-to-recycle items like electronic waste, fluorescent light bulbs, cell phones, and batteries.

So get involved, share your accomplishments and ideas at the next Green Drinks.

“Green Umbrella is thrilled that Greater Cincinnati is being recognized for its sustainability efforts by such a data-driven and rigorous index. This news accompanies other sustainability accolades for Cincinnati, including ranking top 10 in The Trust for Public Land’s ParkScore® Index, and as #2 in the nation for green jobs,” says Kristin Weiss, executive director of Green Umbrella. The two other 2020 sustainability goals exceeded to date relate to greenspace (with over 101,000 acres, 96% of our regional population lives within 2 miles of protected greenspace) and outdoor recreation and nature awareness (our region continues to excel in engaging residents and visitors in outdoor experiences).

“We can look forward to more regional sustainability achievements in the future too, such as improved walkable and bike-friendly communities, thanks to OKI’s inclusion of $191 million in prioritized bike and pedestrian related infrastructure projects in the region’s 2040 Transportation Plan. We also expect to see a surge in sales of locally grown food, thanks to a USDA Local Food Promotion Program grant awarded to increase sales for local producers through our region’s largest food hubs by 65% by 2020,” says Weiss.

“The Green Cincinnati Plan has helped establish Cincinnati as a national leader in sustainability and an attractive destination for businesses and individuals. The City of Cincinnati has begun a major update of the Green Cincinnati Plan to advance the sustainability, equity, and resilience of our city for the next five years,” says Oliver Kroner, sustainability coordinator for the City of Cincinnati. The City’s Office of Environment & Sustainability hired Green Umbrella to help with the 2018 update. A kickoff event, attended by 300 people to begin developing recommendations for the plan, was held in September at the Cincinnati Zoo – the greenest zoo in America. At the event, city officials announced plans to build the largest municipal solar array in the country as part of its recent pledge to fully transition the city to 100% renewable energy by 2035.

“Our region has demonstrated that we value environmental sustainability, and with continued investment, we will continue to push ahead,” remarks Weiss. 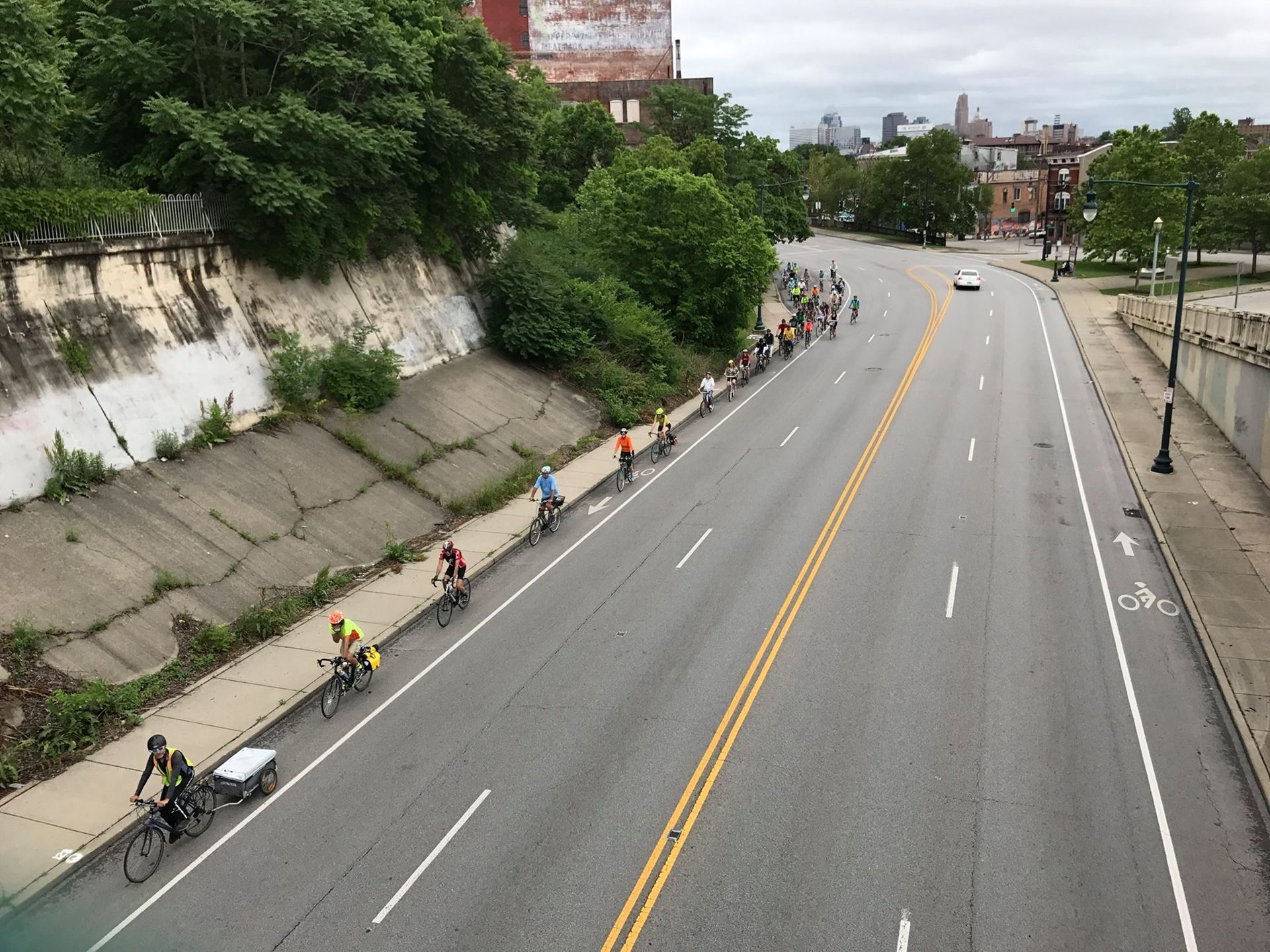 Surrounded by a picturesque foothill, Cincinnati offer hipsters a great skyline with a beautiful backdrop. Nicknamed the "Queen City", Cincinnati is high-ranking when it comes to the 18 microbreweries and 19 tattoo parlors that call it home.

The New York Times also listed the city among the top 52 places in the world to go to in 2018. "Cincinnati's Over the Rhine neighborhood is already home to microbreweries, farm-to-table restaurants and a streetcar linking it to downtown. In late 2017, a trio of new theaters heightened its cultural allure," editors wrote in the listing.

Cincy among the top five solar cities in the Midwest Environment Ohio's Shining Cities report ranks Cincinnati as the leading solar city in the state and places it among the top five solar cities in the Midwest.

The Greater Cincinnati Energy Alliance (GCEA) Director of Operations Rob McCracken says the average-sized energy system producing between 8,000 kWh to 9,000 kWh of electricity a year could save homeowners around $70 dollars a month on their electric bill.

In summary being sustainable is impossible until all of the human race is sustainable. Patagonia says it best by admitting it is nor perfect and making a pledge to do as best as they can. That's the type of statement I look for in my collection of corporate sustainability reports. The best that Cincinnati can do is make it as easy as possible to do the best you can to have zero waste, zero water pollution, zero carbon footprint and at the same time improve the environment for other species survival and growth.

Cincinnati does great with regard to recycling, they increased the size of the recycling container and it doubled recycling in the city. And for those hard to recycle items, the city is holding a recycling event at Washington Park Sunday, April 22. I admire some of my friends that only produce a mason jar of unrecyclable waste in a year.

Zero water pollution is much harder but getting better. Don't put anything in the toilet that hasn't been through your body and use untreated recycled toilet paper. Even with all the EPA concent decree construction, that will only prevent 15% of the combined sewage overflow into the Ohio River which we get our drinking water from. The only way to stop the sewer from going into the river is to not flush our toilets during a "Purple Rain" event. That's when it's raining an inch an hour.

Carbon footprint is the easiest, just purchase carbon offsets. And that's less in Cincinnati because 100% of the electricity in Cincinnati is from renewable sources. About $230 is the offset for electricity so my out of pocket cost is $100 per year, saving me the $230.

As far as improving the environment for other species, our yard is a Certified Wildlife Habitate by the National Wildlife Federation. We contribute $30 per year, limit turf grass in our yard, provide shelter, grow food plants and habitat for birds and wildlife as well as provide water on our property.

Thanks for asking me to speak today, I look forward to seeing you on the streetcar and at the Earth Day events this weekend.

Owner of Lohre & Associates Marketing Communications. The company celebrated their 80th Anniversary in 2015, his 38th.